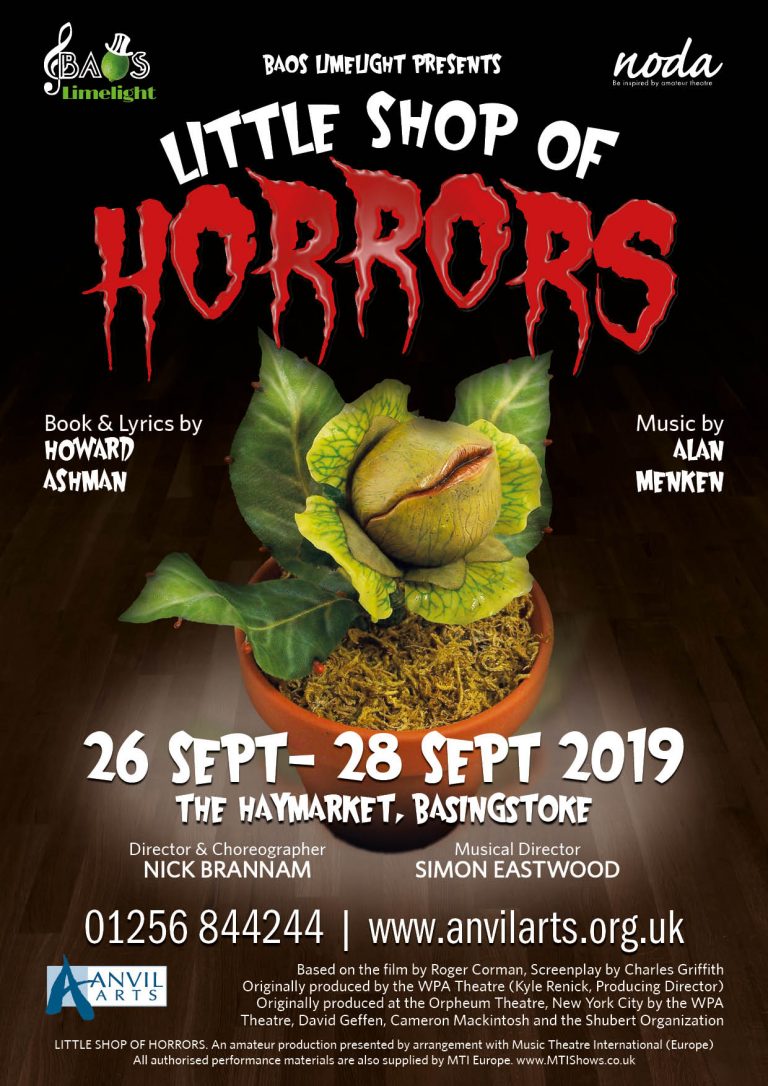 Book and Lyrics by
HOWARD ASHMAN

Little Shop of Horrors is a delectable sci-fi horror musical with an electrifying 1960s pop/rock score by Alan Menken and Howard Ashman.

Seymour Krelborn is a meek and dejected assistant at a floral shop who happens upon a strange plant, which he affectionately names “Audrey II” after his crush at the shop. Little does he know that this strange and unusual plant will develop a soulful R&B voice, a potty mouth, and an unquenchable thirst for HUMAN BLOOD.

As Audrey II grows bigger and meaner, the carnivorous plant promises limitless fame and fortune to Seymour, as long as he continues providing a fresh supply of blood. Just when it’s too late, Seymour discovers Audrey II’s extra-terrestrial origins and his true drive for world-domination.

Assistant to the Director
STEPHANIE WEBB

“Little Shop of Horrors was an ambitious venture to undertake but BAOS Limelight rose to the challenge with Nick Brannam (as Director and Choreographer) expertly drilling the entire (and young) ensemble.”