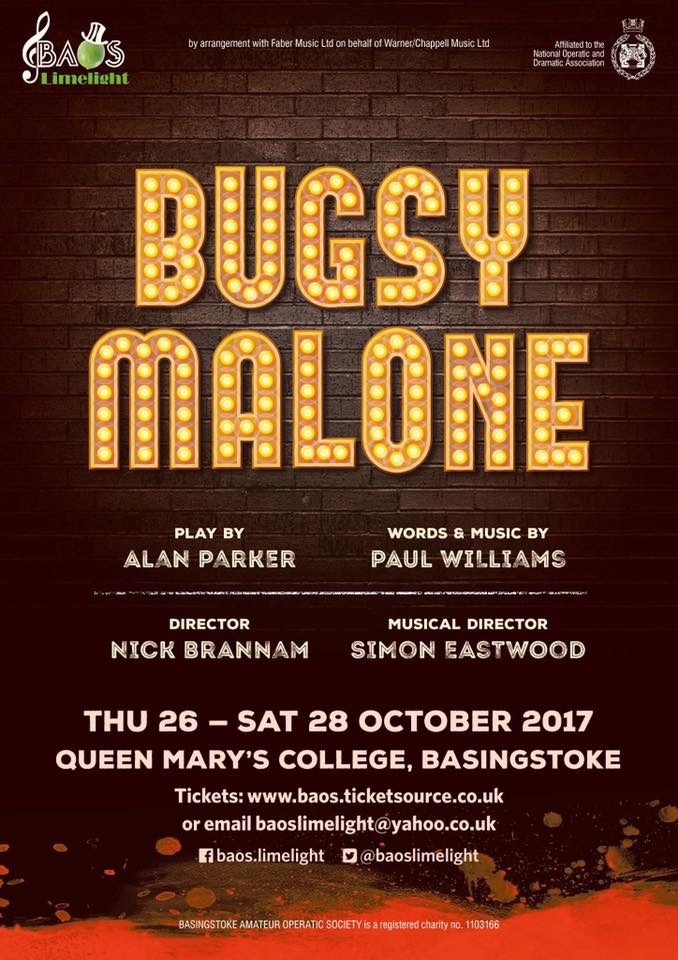 Music and Lyrics by
PAUL WILLIAMS

It is 1929 in New York and the city is divided by gang warfare.

On one side, Dandy Dan’s mob terrorise the district, taking out those they turn against with their new splurge guns. On the other side, Dandy Dan’s rival, Fat Sam, runs his successful Grand Slam Speakeasy. There, he deals with business and enjoys the attentions of his girlfriend, the seductive Tallulah. However, Sam is jealous of Dandy Dan’s gang as he still uses old-fashioned custard pies to take out their victims.

When Fat Sam’s gang is brutally splurged and his empire under severe threat, he engages the help of Bugsy Malone, a smooth-talking man about town. While Bugsy simultaneously attempts to woo Blousey Brown, the new-girl singer in town, he helps Fat Sam steal a fresh delivery of splurge guns from Dandy Dan. However, Bugsy’s efforts cost him his relationship with Blousey after he lets her down by not taking her to Hollywood as promised. Returning to the speakeasy, Blousey and the rest of Fat Sam’s crew are unaware of Dandy Dan’s intent for revenge. His mob burst into the speakeasy and chaos ensues. Splurge, custard pies, and flour bombs fly across the bar. As the pandemonium comes to a sticky end, it emerges that Bugsy and Blousey have reconciled and there is finally peace between the two rival gangs.